To be an integrated education institution which is able to produce  generations with  global capacities and have characters with integrity as insan kamil who are ready to build a civilized society.

As a matter of fact, in our world today that, should one posses an extraordinary skills, knowledge, academics competency or education, do not necessary mean that one should automatically be dedicated to the betterment of mankind and the world we live in today (rahmatan lil’alamin).

To achieve the objective for someone to be “Insan Kamil” and “rahmatan lil ‘alamin”, one should place Al-Qur’an and As Sunnah as the ‘core’ of all existence, and the ‘ultimate’ guidance and source of all skills, knowledge, academics competency and education system in order for one to be successful in one’s own life and at the same time contribute to the betterment of the mankind and the world we live in, now and the hereafter.

The above mentioned concept in life, is the commitment of the founders of Madina Islamic School, to bring the Islamic Worldview and Global Education to the future generation.

Madina Islamic School is an Islamic Integrated National-Plus School, offering Islamic, National and International standard of education. It was established in 2004 and located in the residential area of Tebet, South Jakarta. The outcome of the school are expected to posses a true genuine character as “mu’min” and at the same time posses a high standard of academic competency, that would allow them to enroll to the top universities in Indonesia and overseas, for their certificates of education are accredited nationally and internationally. 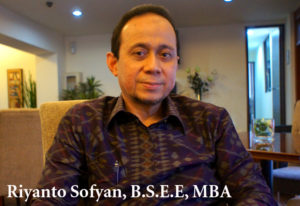 Having graduated from University of Miami, Coral Gables Florida, USA in 1980 as a Computer Engineer, Riyanto Sofyan obtained his MBA degree from European University, Belgium in 1990. He studied the hotel business and management through various seminars and courses from ECOLE HOTELIER de Lausanne, Switzerland and the University of Massachusetts, Amherst, Massachusetts, USA.

In late 1981 he left his career as Computer Engineer in leading computer companies in UK and USA to focus on his family business in hotels and property development and investment, which led him to successfully brought his company to go public in 1989 and developed a new concept through instilling the substance of Islamic values in the Hospitality Industry that can be accepted by the market.

Starting June 2012, he was assigned as Industrial Expert to contribute in Islamic Tourism Task Force Team from the Ministry of Tourism of Indonesia, in “Enhancing Sharia Tourism Program” to develop Indonesia as the most preferred destinations for moslem travelers, that will signi­cantly contribute to the development of its tourism industry. 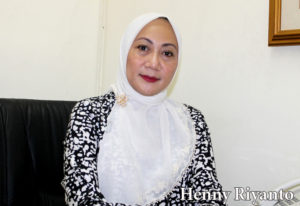